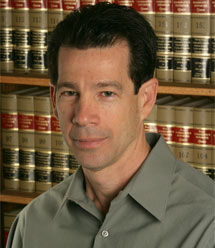 A practicing attorney since 1980, Mr. Wishman is a founding partner in the law firm of Bayer, Wishman & Leotta (1989) and is a Certified Specialist in Consumer & Small Business Bankruptcy Law by the State Bar of California Board of Legal Specialization.

Mr. Wishman adds his degree in accounting to decades of experience as a bankruptcy lawyer helping clients in the Los Angeles and Southern California areas. His easy manner and his command of the nuances of bankruptcy law and the bankruptcy court system combine to immediately put clients’ anxieties to rest.

He and his law firm take pride in their honest and consistent approach to providing quality service to people with debt problems—every person that contacts his firm for advice gets a free consultation and an honest assessment of their legal rights whether or not they decide to hire Bayer Wishman & Leotta to handle their legal matter.

In 2003, as recognition for his commitment to pro bono legal work in his community, Mr. Wishman won the William J. Lasarow Award presented by the Public Counsel Law Center. Public Counsel, the nation’s largest pro bono law firm, honors volunteers like Mr. Wishman for donating their time to make access to justice a reality for individuals and families who have nowhere else to turn for legal assistance and representation.

When the news media need experts on bankruptcy law, it’s not unusual for Mr. Wishman to get a call and to appear on camera. This was the case in July of 2011 when Fox News LA did a story on the Dodgers then recent Chapter 11 reorganization filing. As a featured television expert, Mr. Wishman correctly predicted that the owners of the franchise would be forced to sell the baseball team in a bankruptcy auction setting.

Mr. Wishman is an active member professional associations related to his practice including the Los Angeles Bankruptcy Forum. He also taught bankruptcy law from 1987-1989 as an Instructor at the Santa Monica College Paralegal School.

Admitted to the Bar:

California, 1980. Admitted to practice in the United States District Courts for the Central and Northern Districts of California.